Twenty years after their conception, webtoons have become a veritable industry of their own. South Korean webtoons have emerged as a strong multiuse source that create enormous economic value not only in Korea, but also globally. Domestically, it raked in 1.053 trillion won ($810 million) in 2020 in terms of sales, up 64.6 percent from 2019 and exceeding the 1 trillion won mark for the first time.

Globally, the webtoons market size stood at US$3.7 billion in 2021 and is projected to reach US$ 26 billion by 2028, according to the market research firm Proficient Market Insights forecast in May.

“Webtoons have become a very important source that can create many other content products in line with ‘one-source, multi-use’ content consumption methods,” Sung Dong-Kyoo, a media communications professor at Chung-Ang University, told The Korea Herald on Thursday.

“Webtoon IPs (intellectual properties) are the easiest source for creating other content because they are just like a storyboard. It’s easy to turn them into video content,” Han Chang-wan, a professor at Sejong University, told The Korea Herald on Wednesday. “Considering the way we consume content has changed entirely from TV to OTT platforms, webtoons and webtoon related media are sure to disrupt the industry in general.”

Expanding beyond the boundaries of the Korean market, Korean webtoon companies have begun thriving noticeably worldwide.

There are eight domestic webtoon platforms that have entered the overseas market and 5,500 translated Korean webtoon works as of 2020, according to the Korea Creative Content Agency.

Naver Webtoon, which made its foray out of Korea in 2014, now takes the No. 1 position among webtoon platforms in 100 countries including the US, Canada, Japan and France. It offers content in 10 languages around the world, and its monthly active users reaches 82 million — 75 percent of whom are foreign users.

More importantly, Korean webtoon companies have developed unique ecosystems in the countries they have put down roots. This has been possible due to the efforts Naver in particular has made to ensure creators hold on to their IP rights. These efforts have not gone unnoticed. For instance, “Lore Olympus” on Naver Webtoon’s English platform has recently been given the best webcomic award from the Will Eisner Comic Industry Awards, marking the first such achievement for a webtoon on a Korean platform.

“Amid the COVID-19 pandemic, webtoons have reached teenagers and those in their 20s, globally, and now it seems that they are familiar reach of content on Korean webtoon platforms,” Han noted.

“It is very meaningful that webtoons and web novels made by global creators spread throughout the world on platforms made in Korea, and it is encouraging to witness Korean companies becoming first movers rather than fast followers,” Sung added. While webtoons are enjoying an era of growth, there are many hurdles to overcome, experts here said.

Considered an offshoot of the comic book industry, webtoon platforms are still struggling to be recognized as a distinct industry on their own.

“Policies are not catered towards the needs of webtoons. Sometimes, cartoon-related laws are implemented and other times animation or character rules are applied to webtoons – it differs with the circumstances. Different people view them differently,” Seo Bum-kang, the head of the Korea Webtoon Industry Association, told The Korea Herald on Thursday.

Seo added that the government and the National Assembly should give webtoons independent industry status and foster small and medium platforms and content companies to establish an ecosystem to promote the creation of a greater variety of webtoons.

According to Sejong University’s professor Han, Korean webtoons, which suddenly find themselves in the spotlight, are going through a transition period amid a wave of globalization which neither writers nor readers are ready for.

The popularity of webtoons which initially gave them the attention they needed to flourish into an industry may now be contributing to the unspoken limitations imposed on content creators due to a need to be read.

“The variety of webtoon genres have shrunk somehow, as readers only see what they want and writers only create what readers like. Now most of the topics are about school life, school gangs, fantasy romance or romantic comedy,” Han noted. “These genres might not appeal to a global audience, and because of that we need more diversity of genres.”

In commemoration of The Korea Herald’s 69th anniversary on Aug. 15, The Korea Herald has prepared a series of features delving into the phenomenon of Korean-made content influencing global contemporary culture and trends. Is it a one-off occurrence or is it here to stay? Can South Korea claim pride in the works of its creative minds as a nation? The Korea Herald expounds on the past and present of the Korean Wave and its prospects for the future. – Ed. 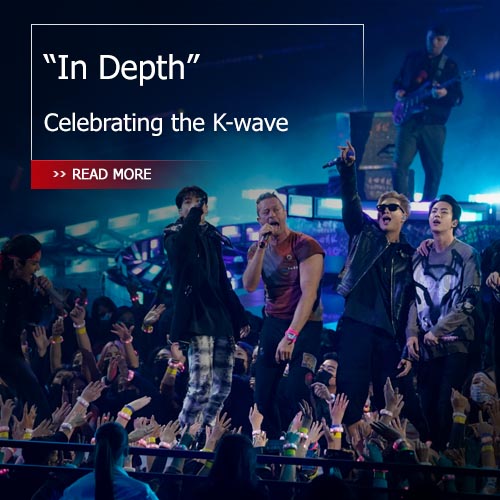