South Korea, US, Japan to hold defense talks next month in Seoul

Talks come after heightened tensions between Korea and Japan.

Defense officials from South Korea, the US and Japan will meet here in early May for annual trilateral talks, the Defense Ministry said Sunday, amid tensions between Seoul and Tokyo over an incident in the East Sea in December. Japan has accused a South Korean warship of locking its fire-control radar on a Japanese maritime patrol aircraft, a claim South Korea denies.

The goal of the Defense Trilateral Talks, which have been held every year since 2008, is to deepen cooperation on regional security issues, including North Korea’s nuclear weapons and missile programs. The last meeting took place in Washington in March last year. 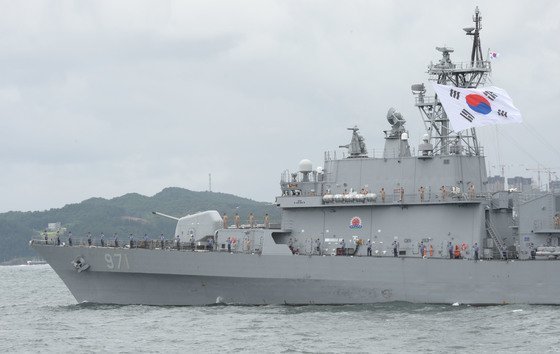 At the meeting, the three countries are likely to address the radar row, which played out in the two countries’ overlapping exclusive economic zones.

Seoul denies using tracking radar at any time and maintains that its mission was to rescue a North Korean fishing boat that was drifting in the East Sea.

The dispute was rekindled April 22, when a Japanese newspaper reported that South Korea’s Defense Ministry had notified the Japanese government of its detailed guidelines on fire-control radar operations. According to the report, the radar can be activated if a Japanese plane comes within 3 nautical miles of a South Korean warship.

In response to the report, Seoul’s Defense Ministry denied having shared its operational manuals with Tokyo but said it “stressed our policy stance and possible military response in case of any recurrence,” when a defense attache from the Japanese Embassy in Seoul was called in Jan. 23.

The strained bilateral relations drove the commander of the South Korean Navy’s First Fleet to call off a planned trip in February. Japan also canceled a port call in South Korea’s Busan Port by its main warship during a multilateral naval exercise, which kicks off Monday.