According to the Bank of Korea Economic Statistics System, Korea recorded a BOP surplus of $114.7 million for music, video and related services in the first quarter of this year — highest surplus for the category since $132.4 million recorded in the third quarter of 2016.

BOP represents the difference between all the money a country earns from exports and expenditure on imports during a given period — with a surplus indicating exports exceed imports. 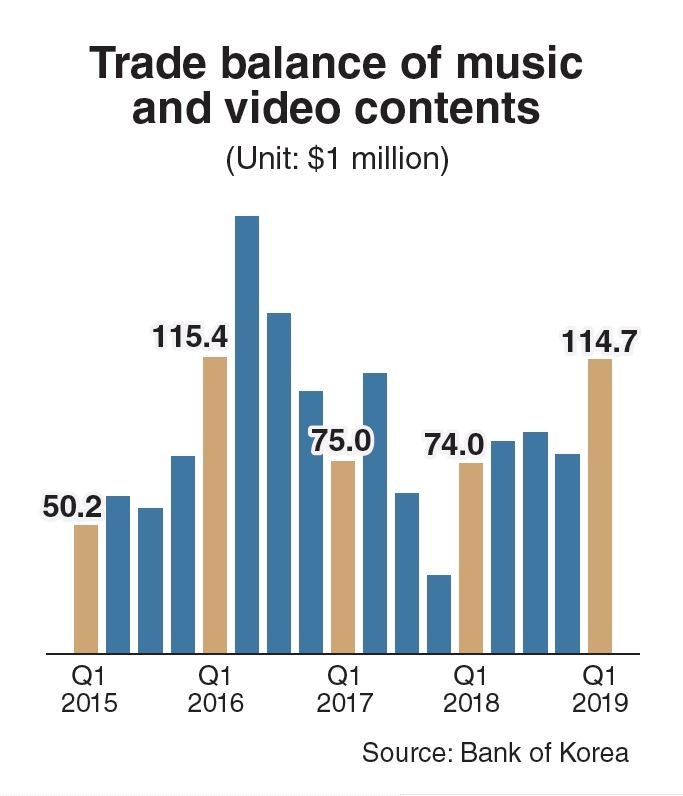 For years, Korea’s entertainment and cultural contents have been enjoying sizeable popularity in China, boosting related exports and the BOP surplus for the category.

But in July 2016, Korea decided to deploy a US missile defense system on its territory, a move opposed by China. In retaliation, China imposed a ban on Korean cultural contents, including music, performances, films and TV shows.

Two and a half years has since passed, and Korea’s BOP for the music and entertainment services sector has climbed back to previous levels.

The BOK attributed the recovery to improved China-Korea diplomatic relations as well as the recent breakout success of K-pop boy group BTS worldwide, including in North America.

The company is suing the FCC, the latest in a series of legal tussles. The legal battle between Huawei Technologies Co and United States government intensified on Thursday. The Chinese tech heavyweight announced a legal challenge to the US Federal Communications Commission, seeking to overturn the latter’s order that bans telecom carriers from buying the company’s equipment via federal subsidies. The move is the latest push by the world’s largest telecom equipment maker to pursue fair competition and treatment amid a slate of restrictions from Washington. Analysts said the FCC ban would have very limited impact on Huawei’s financial performance, but labeling the company as a national security threat would cause far-reaching reputational harm. In a petition filed in the US Court of Appeals for the Fifth Circuit on Thursday, Huawei asked the court to declare the FCC order un