The Solomon Islands is the latest country to not recognise Taiwan.

The president blamed China for using “financial and political pressure to suppress Taiwan’s international space” and called Beijing’s action “a threat,” but also a “brazen challenge and detriment to the international order.”

Taiwan’s attitude towards its diplomatic allies has been one of sincere friendship, she said, stressing that Taiwan spares “no effort” and treats allies with “sincerity.” In the face of China’s alleged interference, however, she added that “we will not stand to be threatened, nor will we be subjected to ceaseless demands.”

The president also stressed that Taiwan will not engage in “dollar diplomacy” with China in order to satisfy unreasonable demands. “This is not how Taiwan approaches its diplomacy, not to mention the fact that China’s promises of financial assistance often come up empty,” she continued.

“Taiwan’s contributions to the Solomon Islands, particularly in medicine, agriculture, education, and culture, cannot be measured in dollars,” the president said.

Starting Tuesday, Taiwan will close its embassy in the Solomon Islands and recall all technical and medical mission personnel stationed there, she added, before thanking those who “fought bravely to the last for our diplomatic relationship.”

Minister of Foreign Affairs Joseph Wu announced earlier that day that Taiwan has cut diplomatic ties with the Solomon Islands, following reports that the South Pacific island-nation could soon switch diplomatic recognition from Taipei to Beijing.

A delegation of Solomon Islands representatives allegedly finalized a US$500 million (NT$15.4 billion) aid package in August, the Central News Agency reported. The funds were said to be contingent on the country severing ties with Taiwan before the end of September. 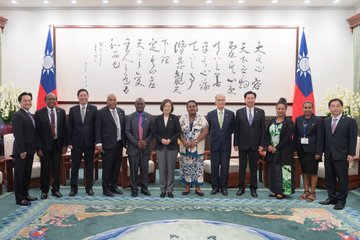 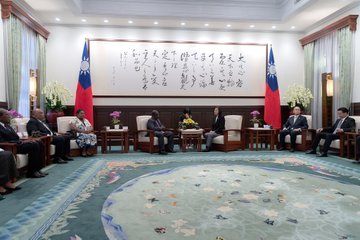 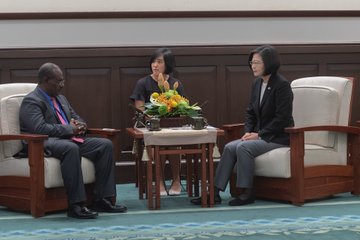 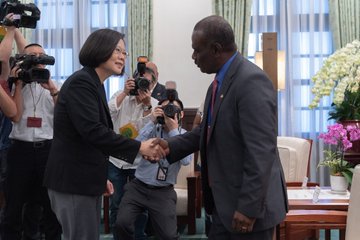 The People’s Republic of China is preparing for the ruling Communist Party’s 70th anniversary on Oct. 1. More than 100,000 people will take part in the celebrations this year, which organizers have said will be larger than previous anniversary parades.

Though Taiwan’s political parties may hold different views regarding cross-strait relations, President Tsai remarked that “they share an overwhelming consensus in rejecting “one country, two systems.”

Commentators said China’s actions could be seen as a retaliation to the government’s recent procurement of F-16 fighter jets and an attempt to divert attention from Hong Kong’s anti-extradition bill protests.

President Tsai, however, said that it will not impact the Taiwanese people’s “convictions or solidarity.”