DHAKA -The annual report of the global media watchdog, Reporters Without Borders (also known as Reporters Sans Frontières), which was published yesterday (May 3, 2022), has commended “a certain editorial independence” maintained by The Daily Star and Prothom Alo.

It also said the two “all news” channels, Somoy TV and Ekattor TV, “are very popular.” 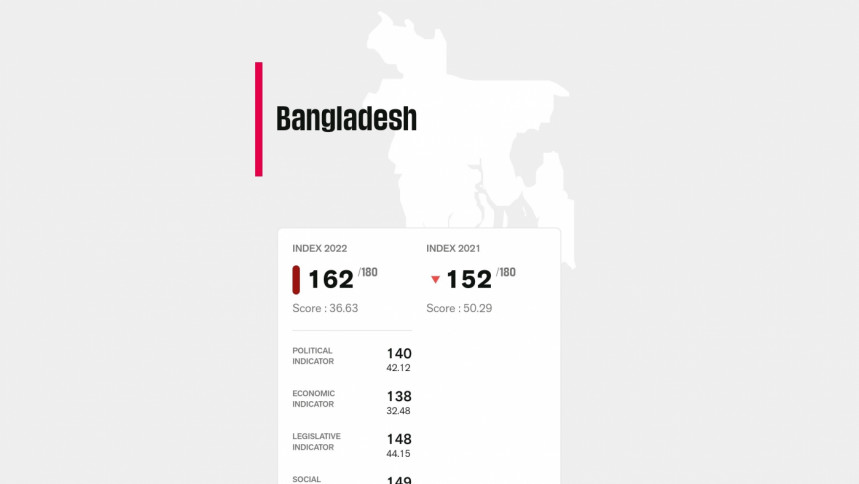 Ever since the country’s independence in 1971, Bangladesh’s successive governments have treated the media as a communication tool, it said adding, “The current government led by Sheikh Hasina, who has been prime minister since 2009, is no exception.”

“Members and supporters of her (Hasina’s) party, the Awami League, often subject the journalists they dislike to targeted physical violence, while judicial harassment campaigns are carried out to silence certain journalists or force media outlets to close. In such a hostile environment, editors take care not to challenge anything the government says,” said the report.

The RSF termed Bangladesh’s Digital Security Act (DSA) as “one of the world’s most draconian laws for journalists.”

“It (DSA) permits searches and arrests without any form of warrant, violation of the confidentiality of journalists’ sources for arbitrary reasons and a sentence of up to 14 years in prison for any journalist who posts content deemed to be ‘negative propaganda’ against (…) In this legislative environment, editors routinely censor themselves,” the report said.

Bangladeshi journalists are “exposed to police violence, attacks by political activists and murders orchestrated by Jihadist or criminal organizations,” it also said.

They “are all the more vulnerable because this violence goes unpunished. The DSA is often used to keep journalists and bloggers in prison, in appalling conditions. And in a profession that is still predominantly male, women journalists are exposed to a deeply-rooted culture of harassment and are subjected to online hate campaigns when they try to defend their rights,” according to the RSF.

“Although defined as a secular country in the constitution, Bangladesh recognises Islam as the state religion. This ambiguity is reflected in the media where anything involving religious issues is off-limits,” said the RSF report.

“The mainstream media never address the issue of religious minorities, although they number 10 million in Bangladesh. In the past decade, radical Islamist groups have waged extremely violent campaigns that have led to journalists being murdered. These groups now use social media to track down journalists who defend secularism, the right to alternative opinions or religious freedom,” added the report.