The government is made up of many of the same advisors and ministers as the previous military government.

The new Prayut Chan-o-cha government was sworn in on Tuesday during a ceremony overseen by His Majesty the King, signalling the return of civilian rule after five years following the military coup in 2014.

The ceremony took place at 6pm in the Amphorn Satharn Throne Hall, where all 36 ministers were present. In a break with tradition, however, television cameras were not on hand to record the event.

The historic occasion marked the first time that HM the King Maha Vajiralongkorn Phra Vajiraklaochaoyuhua, as head of state, together with Queen Suthida Bajrasudhabimalalakshana, has overseen the advent of a new government – the King’s first event of such kind after his Coronation in May.

Also new was the venue for the ceremony, which has previously been held in the nearby Ananta Samakhom Throne Hall.

Speaking afterwards, Prime Minister Prayut said the King had extended his morale support to the Cabinet, and asked it to serve the country for the benefit of the Thai people. 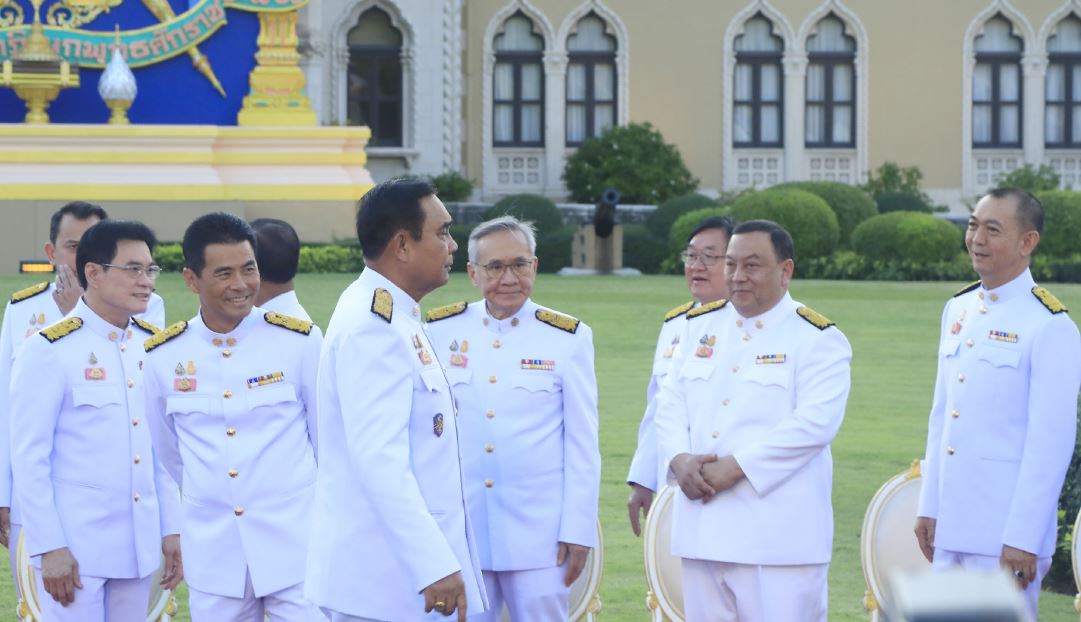 Foreign Minister Don Pramudwinai said that the King also congratulated the Cabinet and wished it well in achieving a smooth working process in which ministers would overcome all obstacles.

The Cabinet later traveled to the Government House for group photos of the new ministers.

Prayut said a meeting would be called among Cabinet members before they faced Parliament for the mandatory unveiling of new government policy on July 25.

He added that a government spokesman would not be appointed today, as had been expected