Just this past week, we have seen hurricanes, fires, cyclones and mass shootings.

Can we put out the fire in the Amazon, the world’s largest rain forest and the planet’s green lung? The latest outbreak of forest fires would seem to suggest that the global environment crisis cannot be averted because every country places its national interest first without seriously taking into account the high risk of a global catastrophe.

China, the US, India, Russia and Brazil have the largest footprints globally. The EU’s biocapacity deficit is on par with China’s. Although China’s total footprint is double that of the US and the EU, they both have much higher consumption per person, according to Global Footprint Network. 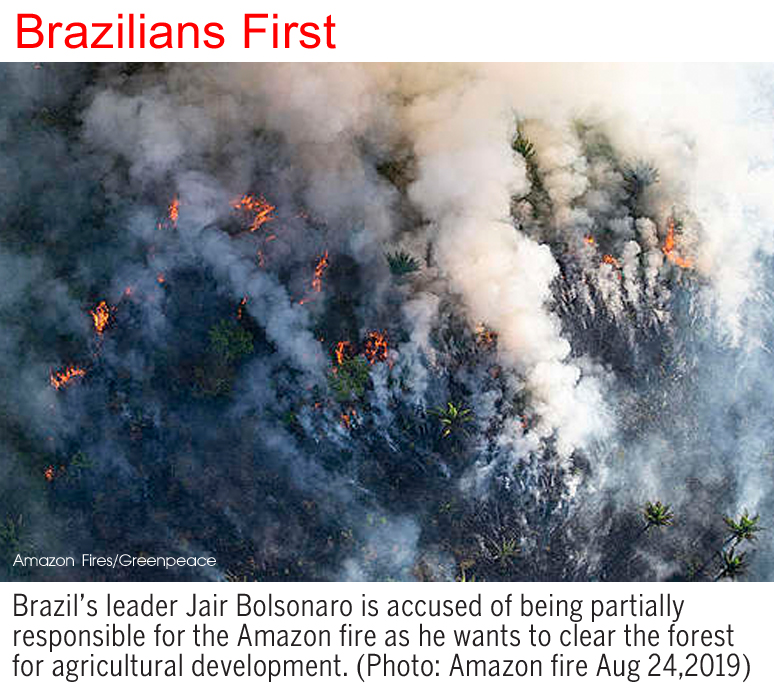 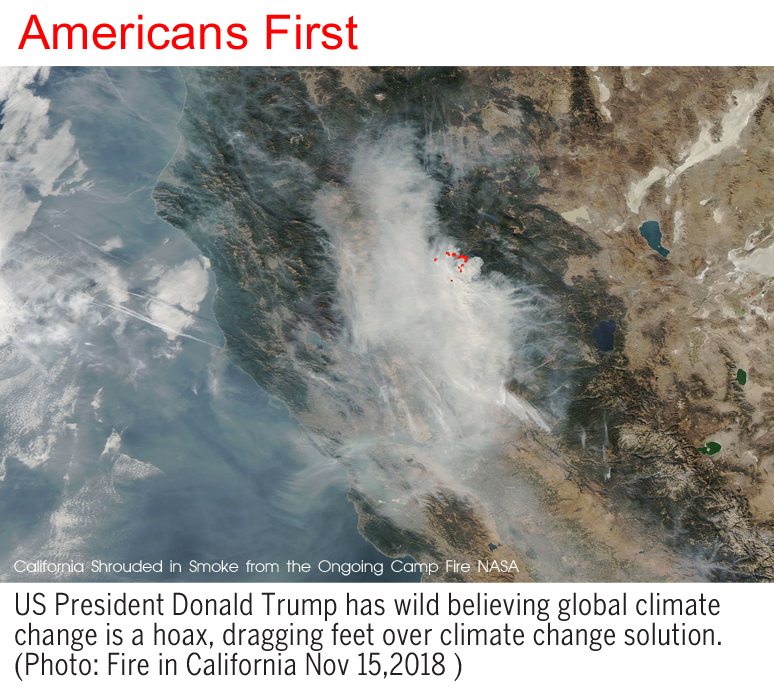 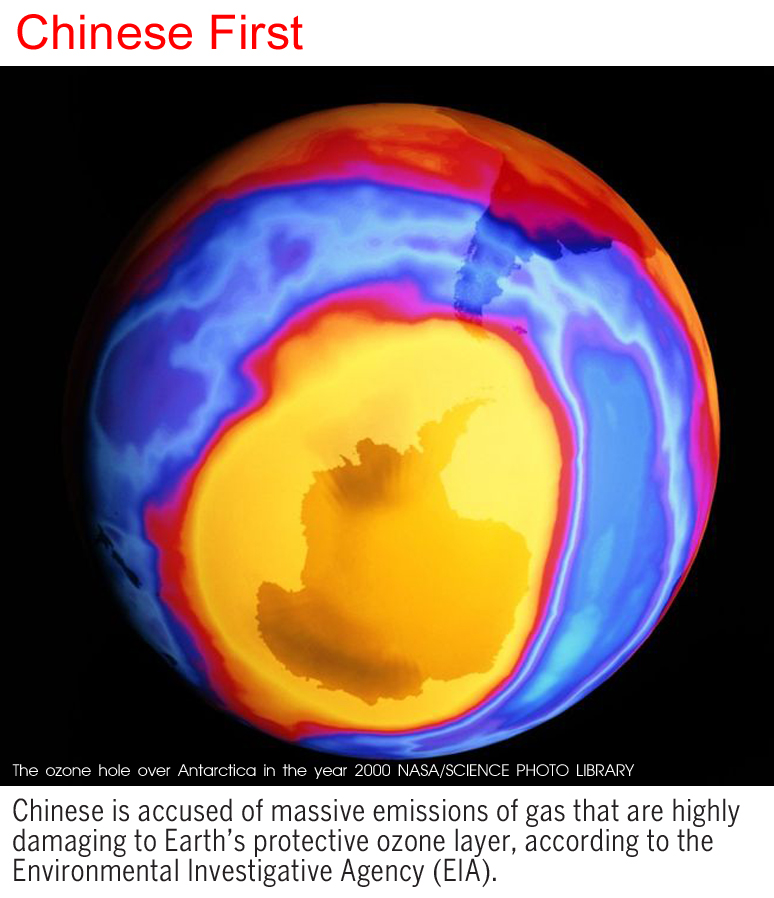 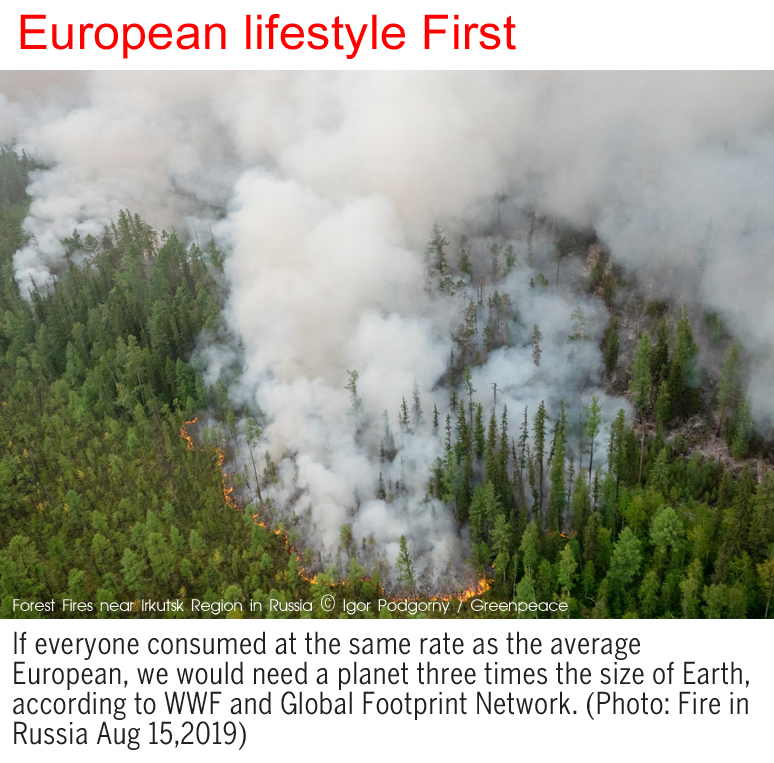 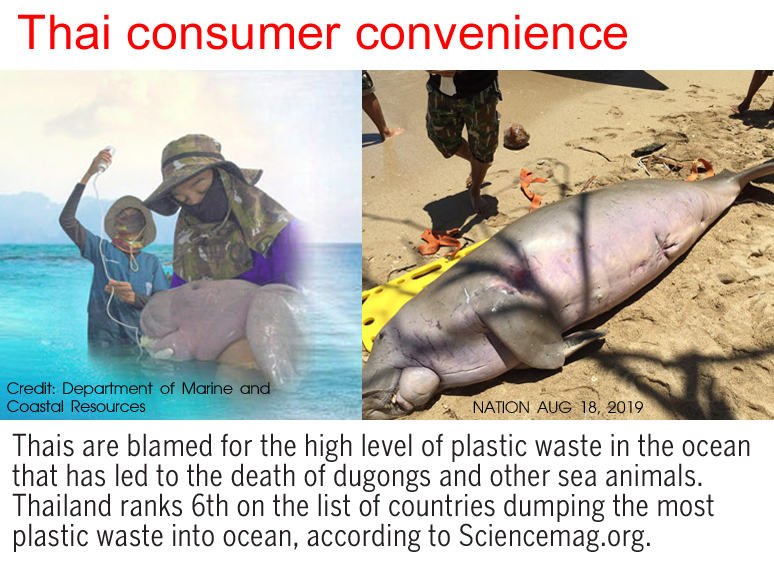 While it’s understood that national interests come first, this is not just in North America and Brazil. Countries around the world are growing increasingly nationalistic, Tara Buakamsri, Thailand country director of Greenpeace Southeast Asia, told The Nation. 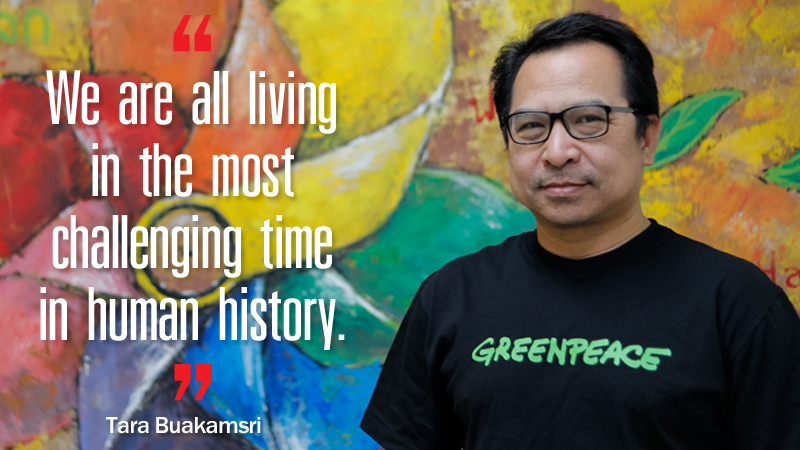 “We are all living in the most challenging time in human history,” he said.

The only way to avoid our planet getting dangerously close to the tipping point and becoming a “Hothouse Earth”, we need every country and everyone to collectively work to reduce carbon emissions and achieve the target set in Paris Agreement. One action is to work together to create investment funds that can support poorer nations that don’t have as much capacity to reduce emissions as richer countries do.

“It is completely unacceptable that a country like the US leaves the Paris Agreement, because now more than ever, we need every country in the world to collectively decarbonize in order to secure a stable planet,” he said.

Regarding the death of the beloved baby dugong Mariam in Thailand and whether it would make people change their behavior in using plastic, Tara noted that while Mariam’s death has gone viral, there were already several groups of people doing good work to solve the plastic crisis in Thailand.