SEOUL – The 75th Cannes Film Festival was one of the most productive outings for South Korean movies to date, marking the first time the nation claimed two major trophies at one of the world’s most prestigious film events.

It was another reminder of how the country’s cinema went from relative obscurity to claiming a bigger spotlight on the international stage.

Song Kang-ho, star of “Broker,” became the first Korean in history to receive the best actor award, while Park Chan-wook added to his already-impressive collection with a best director trophy for “Decision to Leave.” The two films were among the five produced by South Koreans and screened at the festival, in or out of competition.

With the big wins on Saturday, South Koreans have won at least one trophy in all of the competing categories at Cannes.

Prior to the 21st century, South Korean movies were a near non-factor on the international stage.

Among the few countrymen who had a reputation outside the country was Im Kwon-taek. His “ChunHyang” in 2000 became the first South Korean film to be selected to compete for Palme d’Or, and the star of his 1986 movie “The Surrogate Woman” Kang Soo-yeon won the best actress award in the 44th Venice International Film Festival the following year, making her the first Korean thespian to win at a major international film festival.

This feat made Kang, who passed away earlier this month, the first home-grown celebrity to be dubbed a “world star” by local media. Im and Kang may have put South Korea on the cinematic map, but it was really the next generation of filmmakers and actors that expanded the country’s reputation. Lee Chang-dong’s “Oasis” won in 2002 for best director and emerging actress — Moon So-ri — followed with critically-acclaimed films like Park’s “Oldboy” (2003) and Lee’s “Secret Sunshine” (2007) that received prizes in the aforementioned festivals.

Director Hong Sang-soo, recipient of the Silver Bear for “The Woman Who Ran” (2020) is another talented individual who was a beacon of controversy, as was his mistress and actress Kim Min-hee — the star of the aforementioned film and the first Korean to win the Silver Bear for Best Actress at the Berlin International Film Festival for her performance in “On the Beach at Night Alone” (2017).

But as in case of many award-winning films, very few of these films were box office hits. For example, “Oldboy” was one of the most financially successful of all the South Korean films that won at Venice, Berlin or Cannes, but garnered only $14.98 million worldwide in terms of box office sales.

Numbers suggest that South Korean films have had limited appeal to global audiences, with their profits reliant mostly on the domestic box office success.

According to US website Box Office Mojo, the biggest domestic hit of all time “The Admiral: Roaring Currents” (2014) made $131.6 million in South Korea but only $138.3 million worldwide. “Extreme Job” (2019) had worldwide box office sales of $120 million, of which $112 million was made locally.

Even films like “Train to Busan” (2016), which was so successful that it landed one of its stars Don Lee (Ma Dong-seok) a Marvel Cinematic Universe gig, owed over half of its box office success to the South Korean audience. 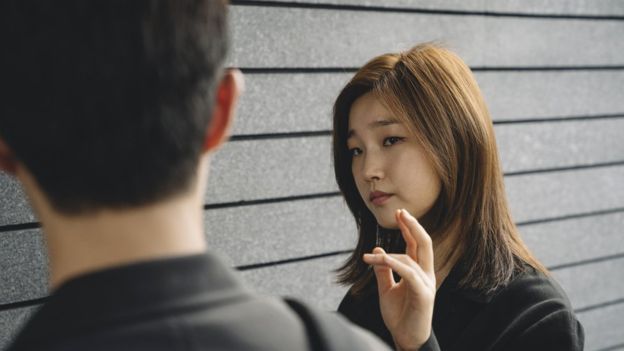 A scene from “Parasite” (CN ENM)

Director Bong Joon-ho’s “Parasite” — which also starred Song Kang-ho — in 2019 was virtually the first homegrown film that was both critically well-received and a worldwide hit. The film was bombarded with honors that included winning the best picture, best director, best original screenplay and best international feature film at the 92nd Academy Awards, marking the first time a non-English language film won best picture and the first time a Korean film ever won at the Oscars.

But what makes the film stand out from other critically-acclaimed Korean films — apart from the fact that it was also the first Korean film to win Palme d’Or or to win at Golden Globes — was that it was an international box office success.

It was the world’s 31st most successful film in 2019 and made $269 million overall, making it the most lucrative South Korean film of all time. More importantly it only made $71.4 million in local ticket sales, unlike the other Korean films of the past that relied heavily on local box office.

This has led to the view that the global appeal of South Korean cultural content has been on the rise, as also seen by the success of K-pop and Korean TV series, like BTS and “Squid Game.” Incidentally, the 75th Cannes Film Festival also featured an out-of-competition screening of “Hunt,” the directorial debut of “Squid Game” star Lee Jung-jae. A scene from “Broker” (CJ ENM)

Since 2019, South Korean films have claimed at least one award from the major categories at the Venice, Berlin or Cannes festivals, events that had been dubbed the “big 3” by local media. While awards alone will not be enough to validate South Korea’s place in the mainstream cinema, the country’s track record strongly indicates that its status on the international stage is growing.