SEOUL – The average marriage age for South Korean women was consistently in their 20s for decades, but statistics showed a shifting trend where women are now getting married in their 30s. 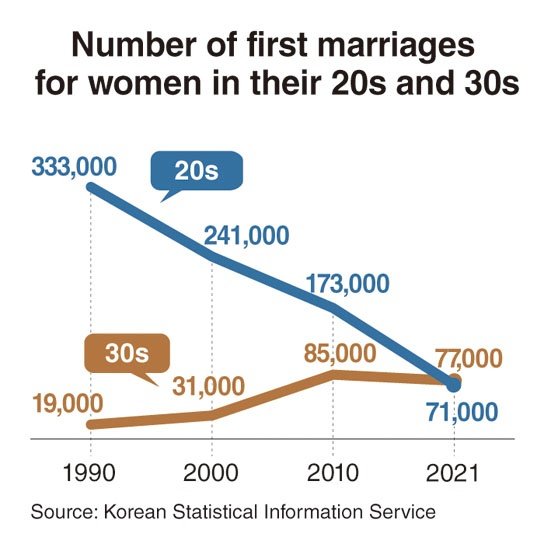