KATHMANDU – Chinese airlines have resumed services to Nepal, heralding that recovery is underway in the tourism industry which is a key indicator of the country’s economic health.

And the tourists strolling in the streets convey an upbeat mood after more than two years of despair, a fact confirmed by the central bank on Sunday which said in its first quarter monetary review that things were beginning to look up.

Tourism entrepreneurs said international tourism continued to show strong signs of recovery, with many countries reporting rebounding to over 60 percent of pre-pandemic levels in the first 10 months of 2022.

In Nepal, arrivals are still less than half of what they were before Covid 19, a state which insiders blame on lack of promotion.

In October, the country received 88,582 foreign visitors, the highest monthly arrivals since March 2020.

Arrivals to Nepal during the period January-October totalled 473,563, according to the Nepal Tourism Board, the country’s official tourism promotional body.

“The numbers are too small when considering that tens of thousands of people depend on tourism for their livelihoods. If we don’t act prudently and do aggressive marketing, we definitely will be a loser,” said Shyam Raj Thapaliya, managing director of Osho World Travel Nepal, one of the leading travel agencies in Nepal.

He said Sri Lankan Airlines had recently organised a familiarisation trip for travel and tour operators from around the world to show them the country up close.

“The carrier also held a global tourism conference in a bid to revive its tourism industry, which is their major foreign exchange earning sector. We don’t see any enthusiasm in Nepal. Someone has to act,” Thapaliya said.

According to him, the opening up of China may help Nepal’s tourism recovery.

China was Nepal’s second largest tourism source market after India. Arrivals from the northern neighbour were blocked after all flights linking China and Nepal were suspended.

Air China resumed services one and a half months ago.

Guangzhou-based China Southern Airlines, the largest airline in China in terms of passenger volume, will resume flights on the Kathmandu-Guangzhou sector from Tuesday after a break of nearly a year and a half. 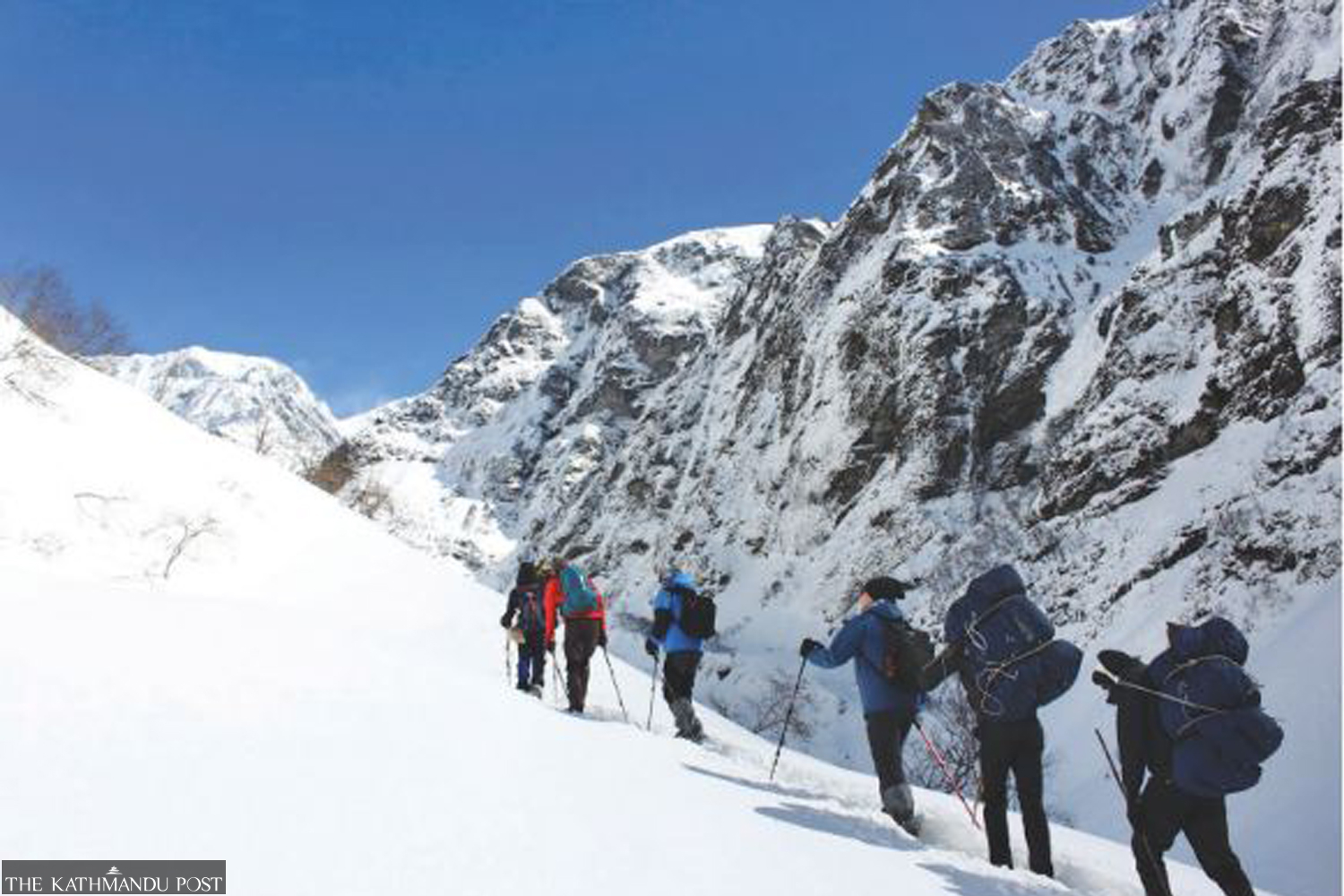 Dhiraj Chandra Shrestha, deputy sales manager of China Southern, said they would initially be operating one weekly flight on Tuesdays. It will be a point-to-point flight with no transit stops. “We will increase the frequency based on demand,” he said.

“Due to quarantine requirements in China currently, there is no possibility of tourists coming to Nepal,” said Shrestha, adding that China had started issuing visas to Nepalis.

On November 11, China announced significant changes to its strict Covid-19 measures for inbound travellers, reducing quarantine on arrival from seven days to five, followed by three days of isolation at home.

The newly released measures include ending the practice of cancelling international flights if too many passengers from previous flights test positive on arrival–the major barrier to visiting China–according to the State Council’s Covid-19 prevention team.

Shrestha said China had also revised its RT-PCR policy requirement. “Travellers to China now need to do RT-PCR tests within 48 hours of their flights,” he said.

Previously, they had to do two RT-PCR tests within 48 or 24 hours of their flights plus another pre-flight antigen test. Travel in and out of China has plunged as the country pursues “dynamic Covid zero” policies.

“Now, most of the restrictions have been eased,” said Shrestha.

Without visitors from China, the Nepal Tourism Board estimated that arrivals to Nepal would reach nearly 600,000 this year, almost 50 percent of pre-pandemic figures.

“Despite the zero-Covid policy, China has opened its doors which is obviously a good sign for Nepal’s tourism,” said Mani Lamichhane, spokesperson for the Nepal Tourism Board.

“But since China’s economy is slowing down because of its zero-Covid strategy and weakening global demand, we still should not rejoice. But arrivals from China, if they increase, will definitely lift Nepal out of the present crisis.”

On March 10, Nepal threw the door wide open to tourists, removing all pre-arrival testing requirements in a bid to recharge its moribund tourism industry.

However, international tourist arrivals did not increase as expected because of the Russia-Ukraine war.

Travel trade entrepreneurs say that because inflation has jumped so high, people across countries, mostly in Europe and the United States, have cut their travel budgets amid signs of recession. This has been reflected in Nepal’s tourism industry.

From hotel rooms to airline tickets and from food and beverages to local transport, prices have soared.

The appreciation of the US dollar did not translate into cheaper trips for foreigners travelling to Nepal because the rates are quoted in dollars.

“But a strong dollar will benefit hotels, restaurants, domestic airlines, travel and tour operators and the country’s economy as a whole. The appreciation of the dollar means increased revenues for all local agencies in Nepal,” said Lamichhane.

“So, this is the right time to increase tourist numbers that will help revive the ailing economy.”

While there are signs of tourism recovery, the private sector is concerned about the European Commission’s decision to keep Nepal on the air safety list even after nearly a decade.

Last Thursday, the European Commission continued its ban on Nepali airlines for not meeting international safety standards. They remain on the updated EU Air Safety List which means they are still barred from European skies.

The commission has said that member states should continue verifying the effective compliance of air carriers certified in Nepal with the relevant international safety standards through prioritisation of ramp inspections of those air carriers.

“It’s a shame that Nepal is still on the air safety list even after nearly 10 years,” aviation analyst Hemant Arjyal told the Post in a recent interview. “It may impact Nepal’s tourism industry and the economy in the long run.”

“Nepal has been receiving backpackers, the low-end segment of tourists who usually don’t care much whether it’s safe to fly in Nepal or not; but for the luxury segment, safety matters very much,” said Arjyal.

Travel and tour operators say that the travel insurance premium of tourists visiting Nepal increases every time the European Commission updates its air safety lists. They fear that other countries may impose stricter travel advisories as Nepal has remained on the air safety list.

“Obviously, this is a big issue and the government should be serious about it,” said Lamichhane. “This issue needs urgent attention before worse things happen in the industry.”