ISLAMABAD – If you have been listening to Pakistani music this year, you must have heard Ali Sethi and Shae Gill’s ‘Pasoori’. A lot of people have heard it and after being named the most hummed to searched song on Google, it has now become the most streamed Pakistani song of 2022 on Spotify!

“‘Pasoori’ has surpassed expectations, overcome prejudices, and broken so many records. I am so proud of Pasoori for achieving these milestones while fully embodying its message of inclusion,” Sethi said while expressing his excitement over the love that the song has received the world over.

Gill, who is EQUAL Pakistan’s Ambassador for the month of December, said, “A huge achievement for Pakistan and something that we all can be proud of.” 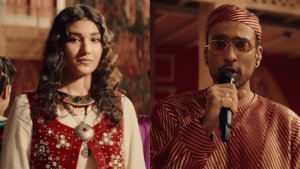 ‘Pasoori’s’ popularity has known few bounds this year, inspiring numerous renditions and performances and staying on top of music charts.