HONG KONG – The Hong Kong Special Administrative Region government is planning to launch a major promotion exercise in February to attract visitors and businesses to the city, the chief executive announced on Tuesday, saying that he expects the tourism industry to bounce back following the border resumption of quarantine-free ravel with the mainland.

“The government is planning to do a big promotion exercise starting in February because I think in particular tourism will start to come back in February. So it is Hong Kong government’s plan to launch a big promotion for attracting tourism and attracting businesses to Hong Kong,” John Lee Ka-chiu said ahead of the weekly Executive Council meeting.

As the Chinese New Year draws closer, people would make arrangements for reunion activities and other activities will follow, including tourism, exhibitions, retail, and also catering services, said the CE, adding that we will see all these activities coming back very quickly as the number of people going both ways. The first batch of visitors from the Hong Kong Special Administrative Region cross to the Chinese mainland at Futian port in Shenzhen on Jan 8, 2023. (PARKER ZHENG / CHINA DAILY)

More people will come to Hong Kong and the tourism and retail industry will prosper, and the city’s role as a connector between the mainland and the rest of the world will also be enhanced to attract global talents, Chief Executive John Lee Ka-chiu said

Lee also noted that 17 percent of the daily quota of 60,000 Hong Kong allowed to travel to the mainland in the next eight weeks have been booked. But, the total daily bookings have yet to be fully made for the few days ahead of the Lunar New Year on Jan 22 this year.

He said the existing daily quota for people to travel in both directions is in line with the actual situation, and will be further adjusted if there’s a need, adding that cross-border travel was the wish of many residents for reunion and normal daily activities.

More people will come to Hong Kong and the tourism and retail industry will prosper, and the city’s role as a connector between the mainland and the rest of the world will also be enhanced to attract global talents, he said.

“Our international connectivity will increase as well, as overseas visitors can also come into Hong Kong to make their way into the mainland and vice versa,” Lee said.

“We are not looking at just one or two single days. We are obviously looking at the reopening of the boundary crossing in the long run,” Lee added. 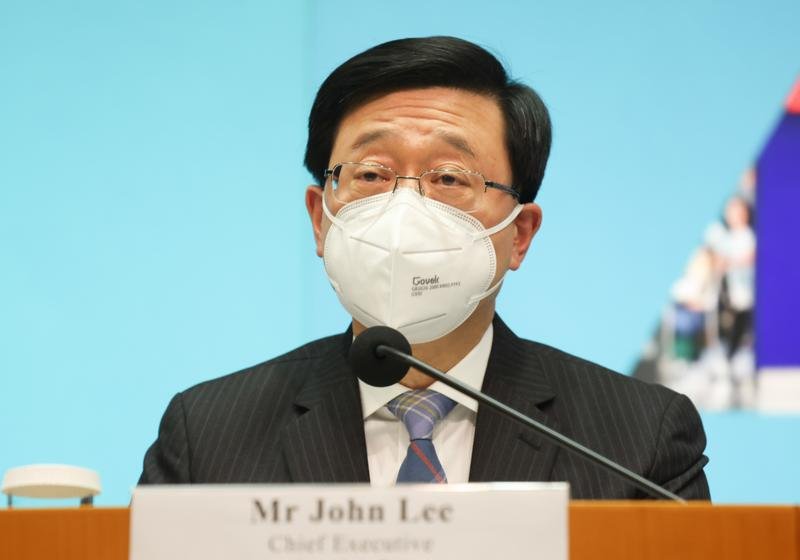 From Jan 8, 60,000 people are allowed to travel daily each way between the SAR and the mainland using seven land, air and sea control points, including 50,000 using the three land control points. Travelers are no longer subject to quarantine, but are required to provide a negative COVID-19 nucleic acid test result taken within 48 hours.

Regarding various standards of CT values in the city and the mainland, the chief executive said the Health Bureau was working with local laboratories to standardize nucleic acid testing reports.

Our international connectivity will increase as well, as overseas visitors can also come into Hong Kong to make their way into the mainland and vice versa.

The government will maintain communication with the mainland authorities and review the testing arrangements for those aged under 3, as local children below the age of 3 were required to present negative result nucleic acid testing conducted within 48 hours prior to the journey to the mainland, while those coming to the SAR are exempt.

Starting from Tuesday, members of the public can bring young children aged under 3 to community testing centers to collect throat swab specimen from the young children for undergoing self-paid nucleic acid tests.

Regarding the resumption of the high-speed rail link service on Jan 15, he said the government is working hard to this end, with various parties preparing for this, including personnel arrangements and trainings in the checkpoints and train operation.

Talking on the city’s pandemic policy, Lee said “we will make our decision based on the data and the actual situation of Hong Kong, which means that we will look at the number of cases that become serious or fatal, and also monitor the overall situation of the public hospital services”, adding that “we will also be watching for the possibilities of variants development but so far the statistics and the data indicated that these factors are well under control.”

One the supply of medicine, the chief executive stressed that the city had sufficient stocks of medicine for pain and fever. The government will formulate feasible measures with pharmaceutical companies to impose “self-disciplinary limits” on certain types of medicine and will not rule out legislation, he added.