TOKYO – In the wake of German Chancellor Olaf Scholz’s energy-security dominated visit to the Gulf countries, experts say there is no need to decouple climate action from current energy issues as the European nation seeks its way out of a gas crisis.

They also said that important lessons from the current energy crisis, fueled by sanctions over the Russia-Ukraine conflict, show the need to diversify energy supply, type, and partners, adding that an effective energy agenda cannot be successful without reliable supplies of natural gas.

Scholz, who was on a Middle East trip from Sept 24 to 25, has become the latest Western leader to woo officials from Saudi Arabia, the United Arab Emirates, and Qatar for energy supply and cooperation in recent months. Germany, which is Europe’s largest importer of Russian gas, has been tapping new sources of energy amid distorted Russian supplies after the US and Europe imposed sanctions on Moscow over its conflict with Ukraine. It has also forced the European nation to reactivate some of its coal-fired power plants.

Given the war and sanctions, and given also the geo-economic reality of resource supply, European countries, including Germany, would have to temporarily, if not, permanently divert sources of their energy in order to sustain their economic operations, hence, going as far as the Middle East to source these alternatives

“It has to be clearly understood that war and sanctions have sporadic contribution to the global energy prices’ volatility, hence, disturbing the prices of the basic commodities and services,” Henelito Sevilla Jr, a West Asia expert and dean and professor in the Asian Center at the University of the Philippines, said.

“Given the war and sanctions, and given also the geo-economic reality of resource supply, European countries, including Germany, would have to temporarily, if not, permanently divert sources of their energy in order to sustain their economic operations, hence, going as far as the Middle East to source these alternatives,” said Sevilla.

Last month, Dmitry Peskov, the Kremlin spokesman, was quoted by Al Jazeera as saying sanctions on Russia by Western states, including Germany and the UK caused suspension of Nord Stream 1, a major European pipeline, due to unrepaired pumping problems.

Aisha Al-Sarihi, a climate policy expert and research fellow at the Middle East Institute at the National University of Singapore, said that the current situation of energy crisis in Europe, threatened by Russia’s intent to cut its natural gas supply to the continent, “sends mixed signals globally” regarding the urgency of energy transition. “Indeed, meeting the immediate energy needs and keeping households in Europe warm this coming winter should be a priority. However, these emerging new energy agreements should not put clean energy transition aside. German Chancellor Olaf Scholz visit to the Gulf should not decouple climate action while seeking new natural gas agreements with UAE, Saudi Arabia and Qatar,” Al-Sarihi said.

On Sept 24 and 25 the UAE and Germany inked an agreement aimed at boosting energy security, de-carbonization and combating climate change.

The agreement also covers Abu Dhabi National Oil Company, or Adnoc, supplying German energy company RWE AG with liquefied natural gas cargo toward the end of the year. In addition, Adnoc has reserved a number of other LNG cargos for German companies in 2023, The National reported.

“Securing access to these new capacities early by laying the ground for long-term contracts is key for Europe’s energy security especially that European countries are competing with Asian buyers for these capacity additions,” Yesar Al-Maleki, an energy expert and Gulf analyst at the Middle East Economic Survey, or MEES, an energy publication in Cyprus, said.

Qatari capital Doha, he said, is “already reaping the benefits from the rise of Europe as the global liquefied natural gas (LNG) price maker” when historically, barely 10 percent of Qatar’s overall exports revenues came from Europe. 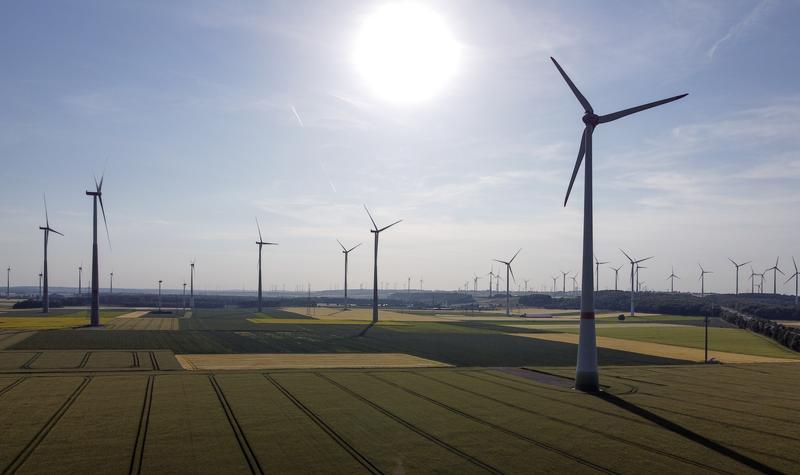 Qatar, Al-Maleki said, has built on the growing appetite for LNG in the fallout from the Ukraine crisis and even secured TotalEnergies as a partner in its second phase expansion.

On Sept 24, Reuters reported that French power firm TotalEnergies will invest around US$1.5 billion in the planned expansion of Qatar’s LNG capacity, ramping up gas supplies to energy-starved European markets.

“The bases for mutual benefit are clear and what the Ukraine Crisis has made clearer to European policy makers is that any effective energy transition agenda cannot be successful without reliable supplies of natural gas,” said Al-Maleki.

Gökhan Ereli, Gulf Studies coordinator at the Center for Middle Eastern Studies in Türkiye, said that with the possibility of the Russia-Ukraine conflict stretching into the winter, and even until next year, may render Germany’s policy to diversify its energy partners from a temporary necessity to a long-term policy choice.

Ereli said the most important lesson “for the entire Western world” is that the Russia-Ukraine conflict revealed the necessity of diversity in energy supply, energy type, and energy partners, and that ongoing investments in renewables “will continue to intensify in all Western countries”.

Sevilla from the Philippines noted that over many decades, European countries have been reliant on fossil fuels “since the time it was discovered in the southern part of Iran in 1908” and that this “had helped advance their economy”.

“For the Gulf Cooperation Council, these capacities were years in planning anyway. They may have been impacted by a wave of underinvestment in recent years but now their economic feasibility and importance are even greater,” said Al-Maleki of MEES.

“If you look at the greater and longer-term picture, this might not be negative for the global energy transition agenda, quite the contrary,” he added.