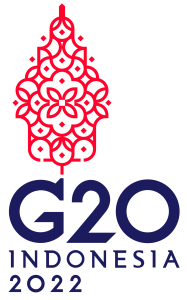 JAKARTA – The Group of Seven is finalizing a plan to put a price cap on Russian oil, with the aim to bleed out Moscow’s resources to finance war in Ukraine.

The initiative, for which the United States has campaigned extensively, is expected to reduce the revenue Russia receives for its oil exports. The alliance formed between the G7 members (Germany, France, Italy, UK, Canada, US and Japan) and other countries plans to buy Russian crude at prices capped at around $60 per barrel, thereby limiting the profits flowing into Russia, even when world oil prices peak.

The cap will also restrict shipping, financing and insuring Russia’s oil exports, which are mostly implemented by companies under the G7-led alliance, making logistics another problem.

Pundits have criticized the plan for its potential to disrupt the volatile oil prices. Besides, the plan is akin to the G7 countries shooting their own feet, since they are among the biggest importers of Russian oil.

Meanwhile, Moscow has responded by threatening to refuse to sell its oil to countries that join the price cap alliance.

As war rages on in Ukraine and geopolitical tensions heighten, the G7 has aggressively rolled out its price cap campaign to other countries, including Indonesia. US Treasury Secretary Janet Yellen had asked that the oil price cap be discussed at the recent Group of 20 meeting of finance chiefs in Bali, but Finance Minister Sri Mulyani Indrawati, as the host, declined the request.

In August, US representatives visited Jakarta to lobby Indonesia to join the price cap alliance, while European energy commissioner Kadri Simson also urged Indonesia, as well as China and India, to join.

Despite the G7’s intense lobbying efforts from, it is obvious that Indonesia would be reluctant or even uninterested in getting onboard the plan.

Some might think this is because Indonesia is keen to buy cheap Russian oil, particularly since several officials, including President Joko Widodo, have expressed such interest.

But the fact is that, as a net oil importer, it could take much longer before Indonesia can buy Russian oil. According to the Energy and Mineral Resources Ministry, the country hasn’t imported oil from Russia since 2016, and its primary crude sources are Malaysia, Australia, Saudi Arabia, Nigeria and Azerbaijan.

Another factor is that world oil prices have cooled down. Brent crude had fallen to $94 per barrel on Tuesday from $120 at its peak in June.

Also, the government only recently increased domestic fuel prices, including subsidized fuels, to ease the fiscal burden, as well as to complement the other measures that have been in place to ensure price stability and control inflation.

The G7-led price cap alliance may have good intentions, which is to stop the war in Ukraine, but going down this route might start another war: an economic war. The oil price cap will divide countries, even those that are not directly linked to Russia, and drive them into crisis.

At worst, the price cap could cause deglobalization, prompting countries to trade and join the supply chains of only those economic blocs or alliances they are part of. If this happens, it will hurt the entire world.