HONG KONG – Editor’s note: China Daily’s COVID Diary shares stories and thoughts of our frontline journalists and staff as they fight the ongoing fifth wave of the pandemic together with the city, as well as the virus itself. 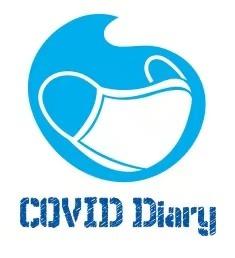 I received a late-night call on March 5 with the message that my father had come down with COVID-19. I was very worried about him as we just had a family dinner. Although we are all fully vaccinated, the transmission risk at the dinner was high.

My wife and I are both photojournalists and being at the frontlines is our job. We have always been vigilant, self-testing every day and taking all precautions. Tang eats his meal on an empty rooftop to avoid the risk of infection from his family. (EDMOND TANG / CHINA DAILY) A photo taken by Tang’s friend as a reminder after the person brought him some takeout food. (EDMOND TANG / CHINA DAILY)

Despite these efforts, a simple family dinner had put all of us at risk. I couldn’t help asking myself if I had underestimated the risk and let my guard down too soon.

My wife and I were particularly upset because if we had to undergo quarantine, our colleagues would have to take on an even heavier workload as we were already short of people.

We thought it would only be a matter of time before both of us got infected. Nothing happened until the third day when my wife’s self-testing kit showed two lines. Mine still produced a negative result. But our days of home quarantine began. We had to stay in different rooms and take daily tests. We exercised full vigilance, closing all windows, cleaning up every place, wearing masks, dining separately and updating each other through messages. As I wrote this diary on Monday, my wife was still positive, but I remained negative. Tang checks out the declaration platform for people who have tested positive through a rapid antigen test. (EDMOND TANG / CHINA DAILY) Journalists are more resourceful and well-informed than the general public about what to do after testing positive to COVID-19. But my wife and I still had to struggle to figure out the best course of action to take. The Hong Kong Special Administrative Region government recently launched an online declaration platform for people who have tested positive. But there are new problems. Members of the public have been bombarded by a torrent of scaremongering rumors on the internet. Video clips from questionable sources popped up, spreading unverified images of poor hygienic conditions, lack of support and lousy food at government quarantine facilities. The sheer volume and speed of circulation of these rumors stoked panic.

My guess is that tens of thousands of families in Hong Kong may have experienced similar confusion and fear. The psychological burden and stress on residents can be enormous. Tang does a rapid antigen test. News media can play an important role in debunking such wild rumors and be credible sources of timely information. I hope more accommodating arrangements can be made, with greater access for journalists to visit hard-to-reach places and inform the public of the latest developments. This would be an effective antidote to the unnecessary public angst caused by rumors and fearmongering.

Many friends have called me with offers of medical supplies. Invariably, most of them suggested we take the two types of traditional Chinese medicine that have become widely known and used in the city, thanks to the central government’s support. A box of traditional Chinese medicine Tang received from a friend. It is provided to Hong Kong residents by the central government. (EDMOND TANG / CHINA DAILY) Tang hands his wife a dinner tray as she isolates herself in a separate room after testing positive. (EDMOND TANG / CHINA DAILY)

In the past few weeks, abundant anti-pandemic supplies and daily necessities have been arriving in Hong Kong from the Chinese mainland. We have every reason to believe that with the central government’s continued backing, the HKSAR government will step up efforts to unite the community and bring the pandemic under control.

Now isn’t the time for finger-pointing. We should focus on what’s most important and do what we can to curb the outbreak. From my experience in the past week, I have noticed there are many little things Hong Kong, as a whole, and individuals could pay more attention to and do better in future.

The protracted war against the pandemic has many unpredictable twists and turns. After each turn, we should learn and try to up our game. This will be the key as we seek to defeat COVID-19 as soon as possible.