Many have been living in Thailand for over a decade.

Living in a refugee camp near the Myanmar-Thailand border for 11 years was no good, but returning home with no job is not any better, says former refugee Lagon Eain as he prepares to open a stall on the outskirts of Yangon amid pouring rain.

It’s the start of a new life for the former refugee since February who regrets the repatriation programme did not offer him the chance to reintegrate into Myanmar society.

Under the United Nations High lCommissioner for Refugees (UNHCR) arrangement, Lagon Eain was among 500 people in the third batch of refugees who voluntarily returned to Myanmar under the Thailand-Myanmar agreement.

“They told us we will be moved to a different housing complex in two months. That was two months ago. The biggest problem we are facing now is that no efforts are being made to help us have a regular income. As we are now living as temporary residents, we cannot set up a permanent business. There is also no training or employment opportunities provided to us,” he said.

There are several training positions but no jobs are available, he said, adding the funding assistance they received when they returned is running out. “After three months, we had almost no money. That was when we started as street vendors selling food and snack. I had learned to make Wet Tha Dote Htoe (skewered pork) back in the (refugee) camp. That is what we are selling now.”

Under the repatriation programme started in 2016, the Myanmar government had signed an agreement with the UNHCR agreeing to provide the returning refugees education, healthcare, clean water, infrastructure and vocational training.

The government also called for collaboration from ethnic groups and civil society organisations for the refugees’ return and deemed it part of the ongoing national reconciliation and peace process in Myanmar.

Many of the refugees had fled the country when fighting broke out in various parts of the country between the military and ethnic armed groups decades ago.

Just like his family, many of the refugees who had chosen to come back to Yangon are now facing difficulties to earn a livelihood. Three out of the five refugee families that had settled in the apartments have to find odd jobs while the other two are street vendors.

Similarly, those who returned to Myawaddy, a border town with Thailand, are also facing income problems. The “villages”, as they are called, built for the returning refugees are located too far away from business and population centres.

“It takes about 45 minutes to get to the town from the outskirts of Myawaddy and the bus only comes once a day. I only know how to farm so without any farmland around us, there is no work for us,” said a 60-year-old Karen refugee, who did want to be named.

His family takes the bus and finds work in nearby villages. The jobs range from being construction workers and manual labourers to shop assistants. They are paid a daily wage but there is no guarantee they will find work every day, he said. 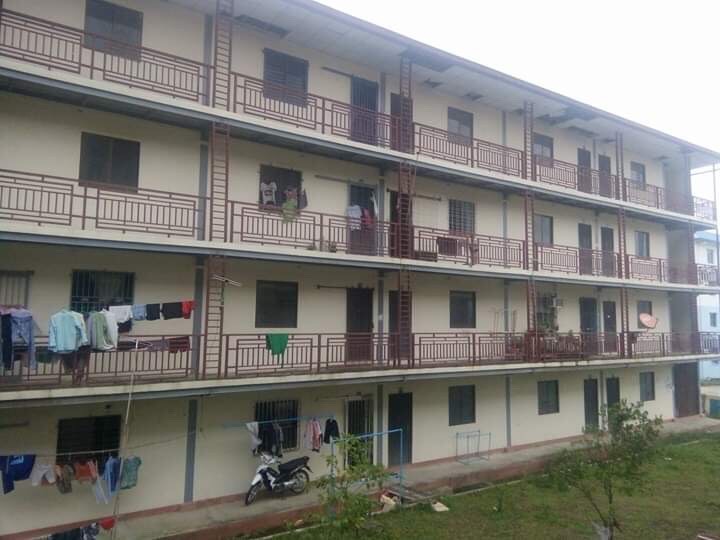 They were given a house but nothing else. One of the major challenges faced by the refugees returning to Myanmar is the instability at home.

“Despite the peace process and nationwide ceasefire, there is no guarantee that fighting will not happen again. Even if there is no more fighting, the issue of landmines also poses a major threat,” said Nan Paw Gay, chief editor of KICNews.

She said that if the refugees are being sent back to Myanmar without ensuring stability in their place of origin, it would be more problematic as the refugees would not find a safe livelihood. That is also the reason many of the refugees are reluctant to return home.

In some cases, some of the Shan refugees who went back to Myanmar faced situations where they were forced to flee again due to armed conflicts between the ethnic armed groups and the Myanmar military.

Life in the camps, on the other hand, is also not compelling for the refugees. With the reduction of funding by various NGOs supporting the refugees, the exiles find themselves in a dilemma. Reduction of food rations has caused many to find alternative options, such as foraging in the nearby jungles, to fight hunger.

There are also many instances where refugees sneak out of the camps, risking expulsion orr being arrested by Thai authorities, to work as manual labourers in nearby Thai villages.

Shelter and housing are major concerns for them as the temporary shelters made primarily of bamboo are now in a state of disrepair due to the shortage of materials provided by the UNHCR and NGOs. The state of medical care could not be verified due to the removal of spokespersons for hospitals in the refugee camps.

“We would like to go back (to Myanmar), of course. But no one is confident about the situation in Myanmar. In recent months, there have been rumours about gunfire in the Karen National Union region even though there is a ceasefire. We can live as long as we have a farmland, but peace should be guaranteed too,” said Saw Thu Lay from the Umpiem Mai refugee camp in Thailand’s northwestern Tak province.

“The situation in the camps is worsening and more and more people are committing suicide. I have heard of about five suicide cases from the Mae La camp alone in the last several months,” lamented Saw Thu Lay.

Furthermore, it is a challenge for those who were born and grew up in the camps, to prove their nationality.

“They (Myanmar government) said we will get household registration and national ID in a few months. But we have had no contact whatsoever from the authorities for two months now. My children don’t even have an ID to prove their nationality. This happens to me who has a national ID card (albeit expired),” said Lagon.

“Imagine what it would be like for those families who never had a household registration or ID and had fled to Thailand due to the war,” Lagon said, as he served his first customer of the day.