HÀ NỘI – Three Vietnamese signature dishes – bánh mì, phở and iced coffee – have been mentioned in a CNN list of 50 of the best street foods in Asia.

“The French may have introduced baguettes to Việt Nam, but the country’s famed bánh mì is a uniquely Vietnamese creation,” CNN said.

The ingredients of bánh mì will vary from north to south and east to west, but the classic combination includes pork, pickled vegetables, coriander, chili and a healthy smear of pâté sandwiched by a crispy, fluffy baguette.

The sandwich is assumed to have first appeared in Sài Gòn’s alleys in the late 1950s before spreading to the centre, the north of the country, and then to the world. Today, one can easily find bánh mì in street stands, markets, and restaurants all over the world, from New York, to Seoul or Australia.

Vietnamese consider the sandwich a convenient takeaway food, as the main meal or a supplement providing full nutritional values. 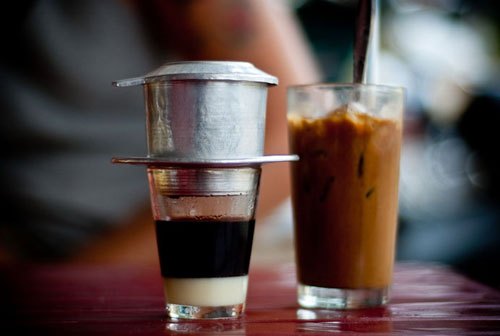 Cà phê, as it’s known in Việt Nam, can be enjoyed many ways – drink it black, with condensed milk, a touch of sugar or mixed with coconut milk. Photo capherangxay.vn

Iced coffee is a traditional Vietnamese coffee recipe. It is particularly popular among the youth and the office workers who normally start their days with a cup of iced coffee or gather with their friends on plastic stools strewn along the sidewalks in big cities like Hà Nội or HCM City.

“Served by street vendors and cafes alike, cà phê, as it’s known in Việt Nam, can be enjoyed many ways – drink it black, with condensed milk, a touch of sugar or mixed with coconut milk,” CNN said.

“Sit down and make new friends on a plastic stool or keep exploring with your chilled refreshment in hand.” The third representative of Vietnamese street food in CNN’s list is phở, which few street foods can compete with, according to the American news channel.

“Roadside stalls and cafes serve up bowl after bowl of this hearty noodle soup, which is known for its aromatic and nuanced broth, springy rice noodles, and tender protein (usually beef or chicken),” it said.

The soup is considered a national dish and can be found all over the country though it originated in the north before being taken to the south, where people have added their own influences to the dish.

It is typically served alongside a selection of fresh garnishes, like herbs, bean sprouts, lime, chili sauce, and chili slices so gourmets can tailor the noodle soup to their liking.